The Competitive Riichi Hub and mahjong.guide are proud to present the 2018 Online Riichi Championship!

* Books can be chosen by the winner from Amazon.jp or mahjongmart.com, value up to 1500 JPY per book excluding shipping.

All games will be played in a Championship Lobby on Tenhou.net.

The Championship is restricted to 32 players. A preliminary qualifier will be held to determine qualification for the 32 spots available in the Championship first round.

Registered participants will be seeded based on all-time highest Tenhou account rank on close of registration, ordered by dan rank first, with R used to tiebreak players of equal rank. The top 16 ranked players will automatically qualify for the first round of the Championship. The remaining players will play in a preliminary qualifying event for the remaining 16 places in the Championship event.

The preliminary qualifiers shall consist of a 4 hanchan round-robin played with unseeded table placement. After 4 hanchan, the players with the top 16 aggregate scores will qualify for the first round of the Championship.

The Championship will consist of four rounds in a knock-out format. Players will be designated tables based on seed. Each table shall play two hanchan per round, including uma, with the top two players from each table progressing to the next round, and the bottom two players being eliminated from the competition. Points do not carry over between rounds. 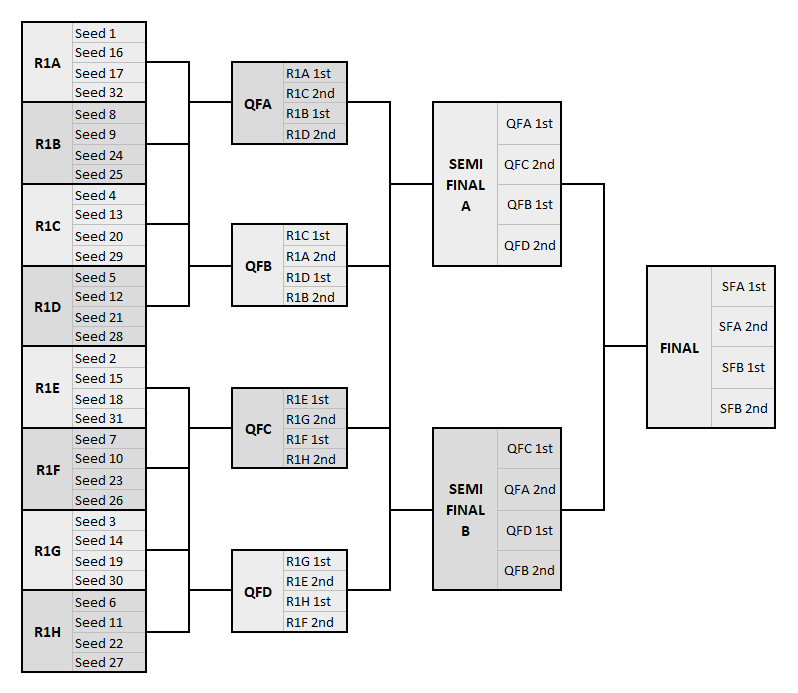 Tournament rules are based on WRC rules, but abortive draws are used and games have no time limit:

All games are to be played online on Tenhou.net. For those who are unfamiliar with the interface and do not speak Japanese, there is an English translation add-on for Chrome or Firefox, links to which can be found here. Instructions and assistance on how to create an account can be found here or on various English Tenhou guides available online, or in the first chapter of Riichi Book 1.

Games will be played in a Championship lobby. For those who are not familiar with Tenhou Championship lobbies, all that is required from you as a player is to be present in the correct lobby at the designated start time. Games will start automatically for you when initiated by the tournament organiser. Note that spectating another game or replay does not count as being in the lobby.