Hello everyone – first time caller but a long time lurker of mahjong.guide. I thought for today I would like to introduce people to a topic called the Assist and also about its brother, the Sashikomi. A brief word of warning: this strategy is aimed at more intermediate players who are familiar with the basics, however all are welcome to read!

What is an Assist and what is a Sashikomi?

Now, why would you ever want to do that!? Isn’t the point of the game of mahjong to win?

The answer is yes and no. Yes, you want to win your hanchan (most of the time!), but to win, you might want to purposely feed another player!

Let’s look at a few examples.

In the first example, the dealer is in third place in South 4 and first place is around 30,000 points ahead. 2nd place has a triplet of

and with an extremely low chance of hitting a yakuman. They choose to first assist with a 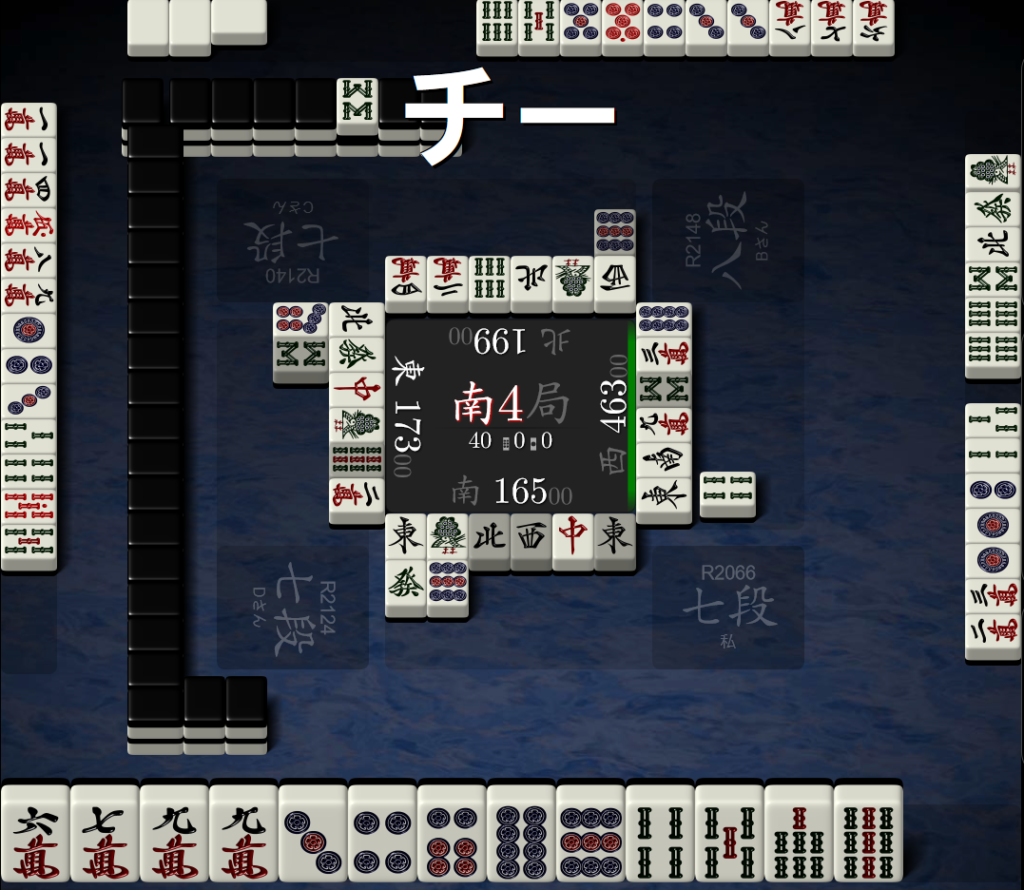 … and after seeing the

drop from hand, sashikomi with a 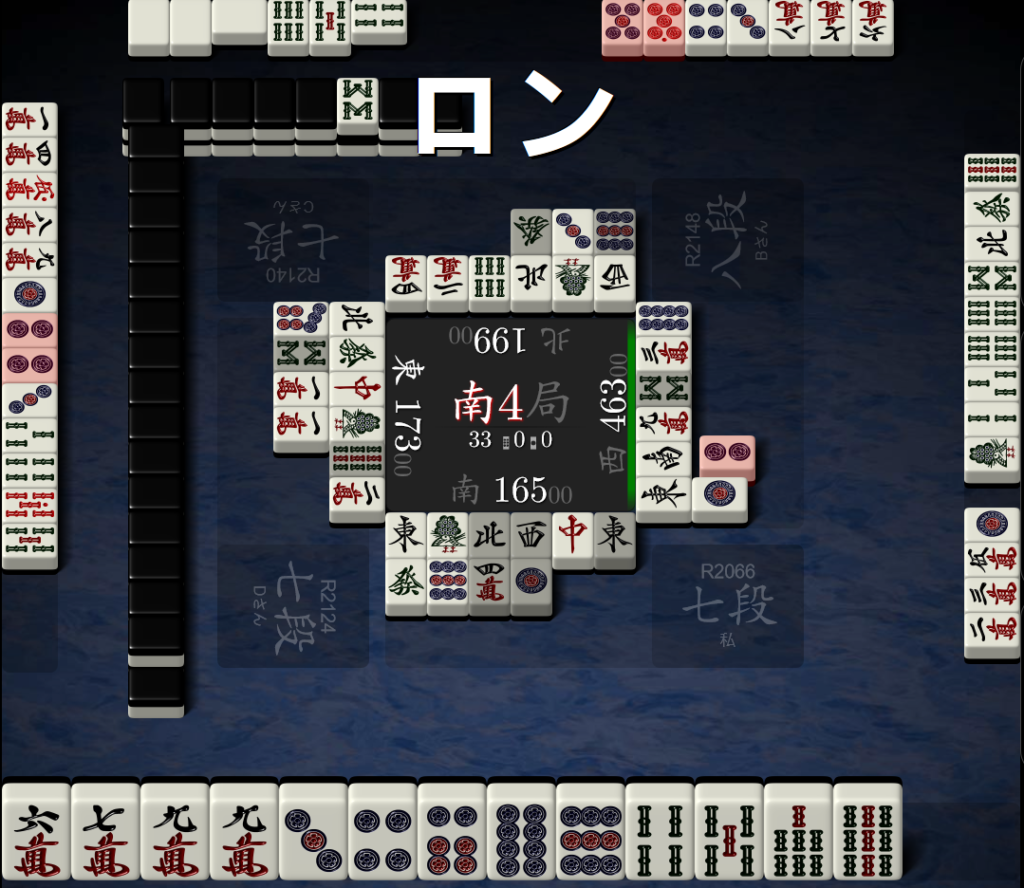 In the second example, the dealer is dead-last and first place is already too far ahead. In this situation, they would like to keep second place and so when the dealer declared chi on the

, they started to assist their hand by throwing the 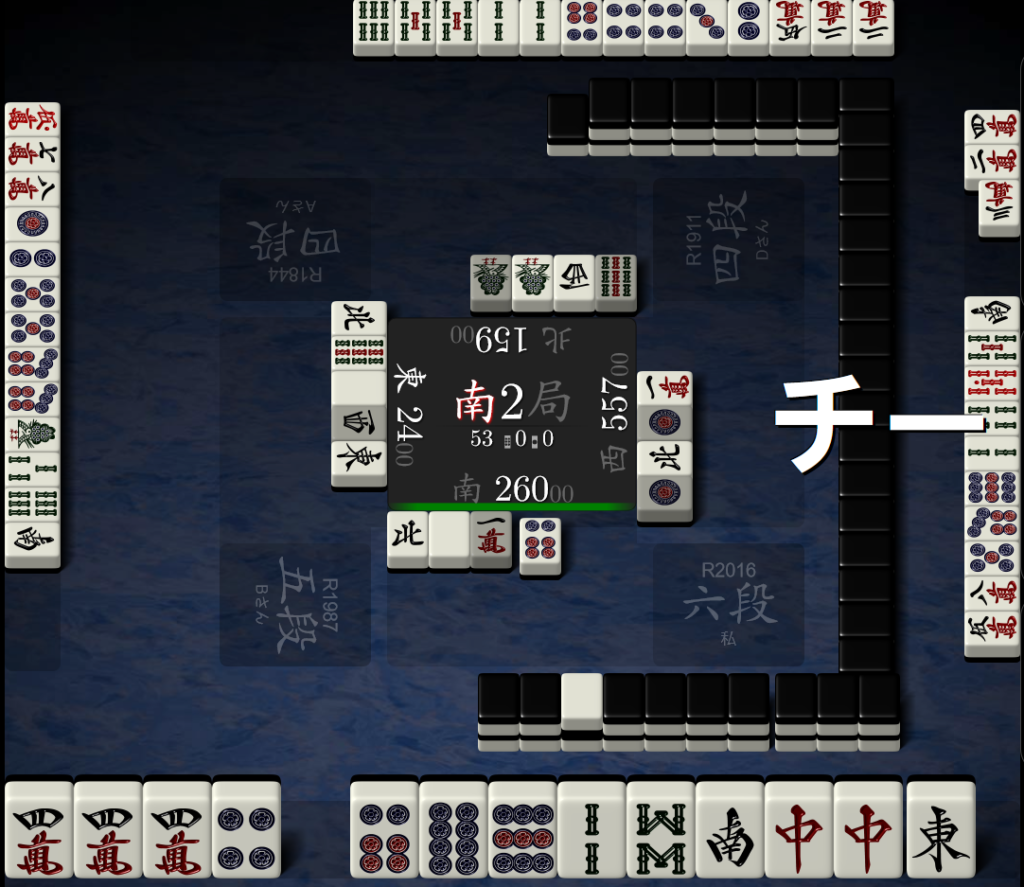 … and they continued to assist however did not succeed. 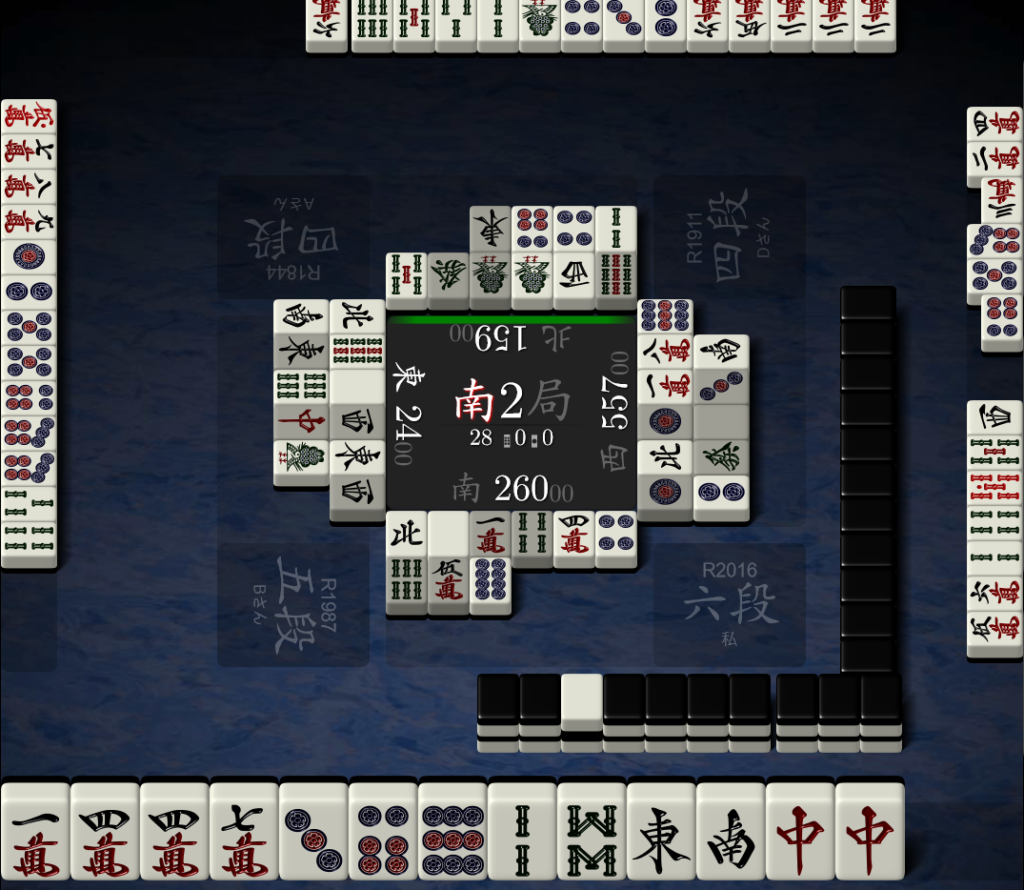 Unfortunately they went a bit too far as there is a chance for tanyao + 2/3 red fives which would put them close to third place. Once you’ve assisted enough, there is no need to sashikomi into a potential 3 han/4 han hand.

In the last example, the dealer is 2nd in South 4 and last place has declared riichi. First place is just over 18,000 points ahead of second place and decides to attempt a sashikomi into last place as it is unlikely going to be a sanbaiman or yakuman. 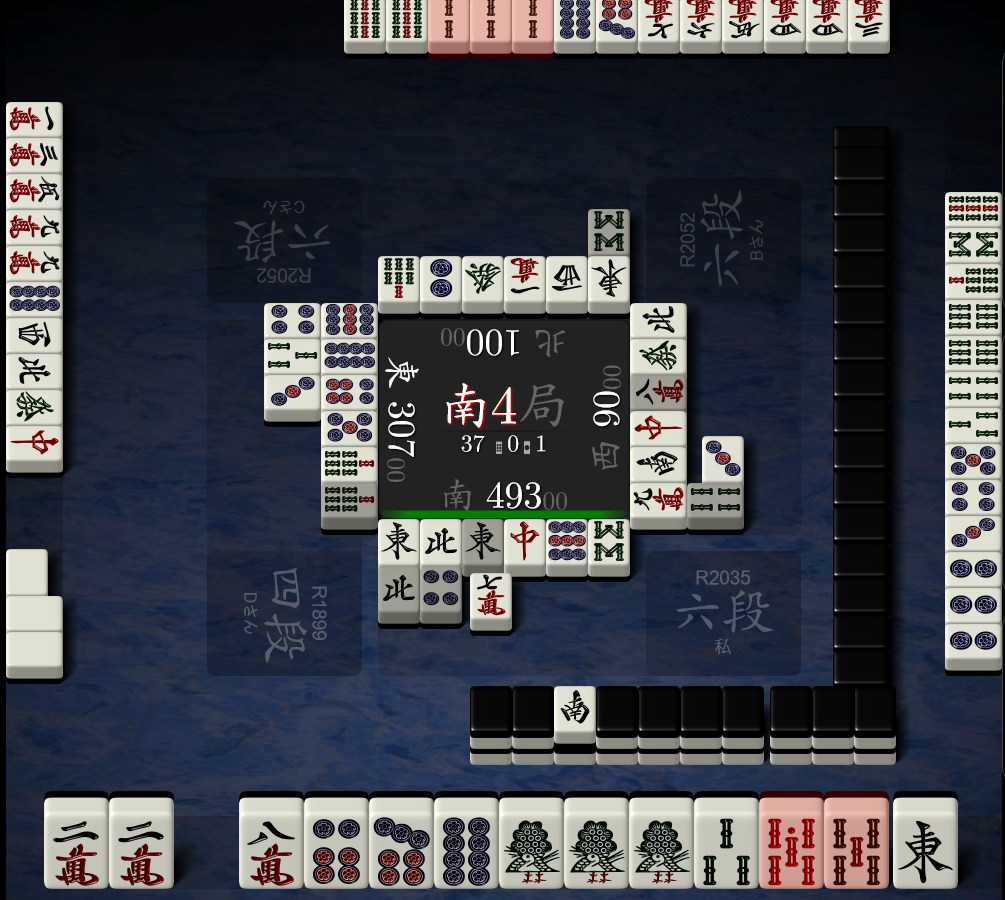 I would not have thrown the

as it is dangerous against the dealer. The best play is a throw in the pinzu tiles. 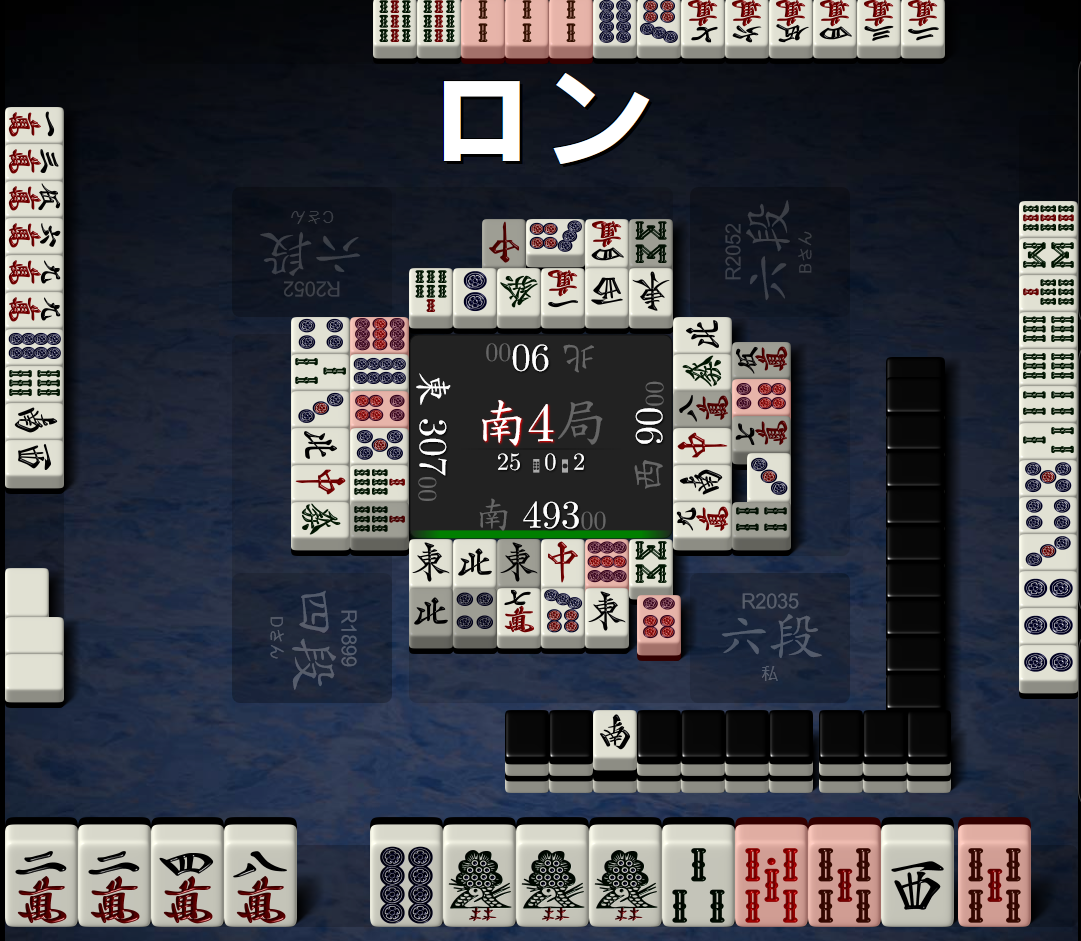 A perfect sashikomi! Avoids the ippatsu by throwing the East to escape the extremely low chance of the sanbaiman or yakuman, and feeds the

which is safe against the dealer and against one of the riichis.

A final bit of commentary. There is a fine line between an assist and a sashikomi, and an assist might turn out to be a sashikomi if you’re not careful. If you think you’ve assisted your opponent’s hand enough, there’s no need to mindlessly throw if you aren’t looking to purposely feed a win. There are plenty of chances it can backfire so use these techniques wisely!